The destruction of female innocence is a satanic offering

The destruction of female innocence is a satanic offering 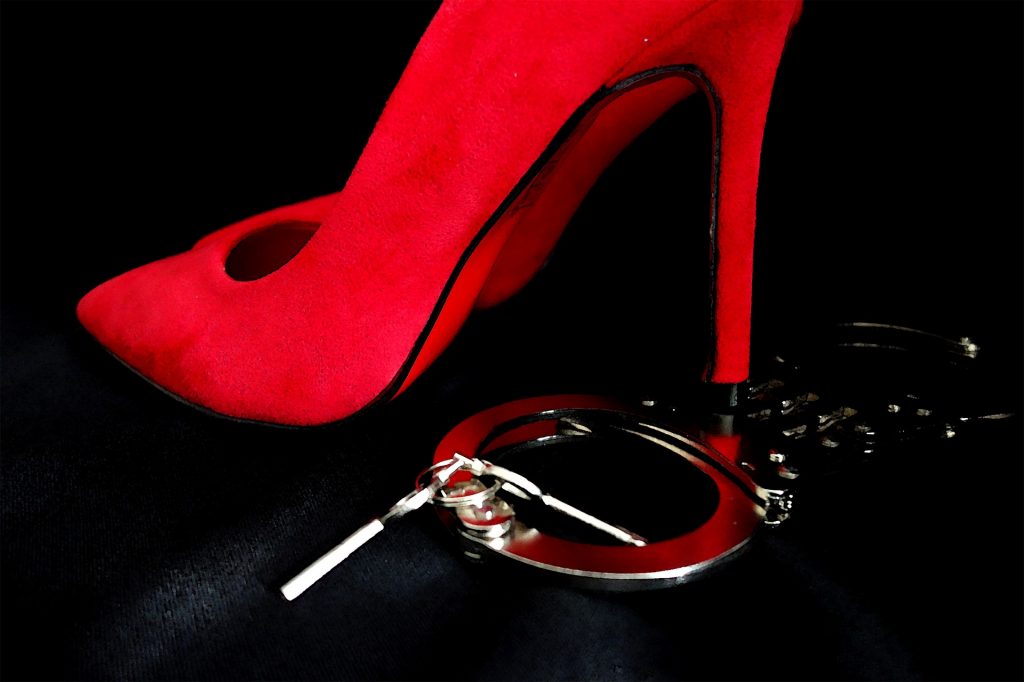 Since I have hastily left the community last Sunday, I have received utterly shocking information. My former coworker Rosa, with whom I had an intense rollercoaster ride of karmic clearings, has sold her body for material gains and power. It was such a shock, rattling the foundations of my belief in the nature and purity of women when I suddenly realized that she is merely closing another karmic cycle reaching back to my female ancestors in the Rennaissance period in Germany. Along with those realizations, I got deeper insights into the purpose of karma and how we need to be able to see and understand each and every perspective before it can be cleared.

A shocking discovery about Rosa

After leaving the community, I went to the nation’s capital to take a few days off and relax. And this timeout was desperately needed! As I was lying in the quiet hotel room, I was going through intense emotional purges, especially of fear. One evening, I met with the ex-head of security of the project director. He told me shocking findings of how many female employees are selling their bodies for material gain, power and better positions in the company. Mario, the director’s right hand, who betrayed me by recording our private conversation and sending it to the director, is orchestrating the entire scheme. But not only that. Mario is also exploiting the women themselves, he basically is given almost unlimited power in the director’s Machiavellian system, which he takes advantage of to unleash and satisfy his darkest base instincts. At some point, I mentioned Rosa, who I considered to be a woman with noble intentions who wants to contribute to the company and help the project in an honest way. To my shock, my friend told me that Rosa sold herself as well to Mario and the director, basically exchanging sexual favors for money and power. When he still was the director’s head of security, he had privately written down the exact date and time of all people entering the director’s house. I was utterly shocked as my whole worldview was shaken to the core. And the most sinister aspect is that she did not offer herself to a single man because the director and Mario both take advantage. Why would she sink so low? And how could I be so mistaken about my image of her? And why is this dark tradition so common in this company and so many women are participating?

A dark link to a suppressed chapter of history

As I was walking through the city, I was suddenly struck by a massive epiphany: Rosa is going through the exact karmic cycle which my ancestors did in the Rennaissance age in Germany: https://lightprism.net/2020/11/23/breaking-the-generational-trauma-cycle-of-my-ancestors/
As written in the other post, I got a vision last year about how one young woman of my father’s bloodline was raped in the monarch’s chambers. I recently discovered that she was not raped only by a single man but by multiple in a semi-public setting. This was the last and most shocking part of my karmic clearing, which took me several months to uncover and to finally face because it is so incredibly dark. Notwithstanding, I got another piece of the puzzle right now through Rosa: My female ancestor was not raped. She offered herself willingly.

This actually makes the trauma, from the perspective of her husband, even more horrifying! Your wife was not raped but made a free-will decision to sell her youth and innocence. It is no surprise that my father, and I in extension to his bloodline, had very deep trust issues with women, of being betrayed and fathering illegitimate children of other men. Now with the example of Rosa, I understand the female motivation a little bit better: Rosa was brought up in one of the most impoverished regions of a developing country. She had been living in a tiny house with her large family and despite her intelligence and talents, she could never rise because there were just no opportunities here. For her whole life, she has only known poverty and limitation, while other people like corrupt politicians or rich foreigners have been parading their riches in front of her face. What an injustice! Yet at some point, Mario made her an alluring offer: Earning 3 months’ wage in one night by engaging in certain “favors” for him and the director. It is the ultimate definition of a devil’s bargain: You receive material riches and power. The only thing you have to sell is your soul, your purity and your innocence.

In hindsight, I remember that I saw how Rosa was proudly walking around with luxury designer bags a few months ago, right after she fell for the devil’s temptation. What I also noticed is that her appearance has dramatically shifted in the last few months. A year ago, when she entered the project, Rosa looked very innocent even somewhat childish. She had this pure, playful glow about her, which was very appealing to me. That has radically shifted, however, as I noticed that Rosa had lost her innocent glow and seemed to have aged drastically. I often felt she had a perturbed, distorted and depressed expression on her face. I frequently noticed this change in her but did not understand why. Well, now I do and it points us to one of the deepest abysses of humanity.

The destruction of female innocence as satanic offering

When I was living in the big city, I often noticed how quickly women appeared to age when they engaged in a highly promiscuous lifestyle with many sexual partners, especially when no romantic love is involved. In contrast, I was surprised how women who were in faithful long-term relationships, in general, retained their youth and feminity much better than their promiscuous rivals. Likewise, the same applies to pornstars, who often look young, lighthearted and unburdened in their primary movies. As time passes and they mechanically engage with numerous sexual partners without any love connection, they rapidly age. They become hardened and corrupted, being used as sexual objects for the mere pleasure of the audience. The testimonials of retired pornstars speak an unambiguous language: Many have lost the ability to form a trusting, loving bond with a partner. Many of them are unable to create a stable family unit. Similar to the temptations of my female ancestor and Rosa, young women in the pornographic industry fall for a similar devil’s bargain: Immediate access to massive wealth, luxury and a lifestyle of fast cars and big mansions. Just sell your soul so you eventually lose everything. But it goes way deeper than this.

Young women are blessed with the peak of their natural beauty at an early age when they still have not had time to develop skills or a career. The temptation to use their God-given youth for rapid material gain is very strong but the long-term costs are disastrous. Because young women are naturally much more in tune and connected with the divine than young men. The female body can be considered as a strong portal to higher-dimensional planes. After all, it has the power to birth life into existence, so by definition is a portal from the higher realm into the physical. Hence, young women bear immense power and responsibility because they can use their God-given powers for a higher purpose, i.e. going into a loving union with a man to build a family and channel life into existence. Alternatively, they can fall for the temptation and throw away their potential by engaging in the sexual act without love involved. In the latter case, dark entities rejoice because they parasitically feast on the sexual perversion corrupted and traumatized humans engage in. In other words, any form of sexual perversion is nothing less than a satanic offering, where dark entities feast on our life force.

The way forward towards divine relationships

I myself was engaging in degenerate sexual culture for far too long when I was still living in the big city. After all, it was the normal thing, which all other people seemed to be doing. However, deep inside I always felt that something was terribly wrong with having sexual activities without real love involved. Years after I escaped the big city, I finally discovered very deep and despicable ancestral wounds in my father’s bloodline, that have been heavily weighing on my soul and obstructing my view on sexuality and partnership. It took me a lot of time in solitude, a lot of reflection and shadow work to finally uncover the root of this, which was the fate of female ancestors in the Rennaissance age several hundreds of years ago. Fortunately, I received a lot of triggers from many people, which helped me to better understand all sides of the trauma. Before, I was unconsciously holding on to the hurt and betrayed masculine aspect, refusing to understand the female motivations, i.e. why my female ancestor would sell herself for material gains.

And this is the main reason why karma exists, to highlight all perspectives of those traumatic situations so that we can understand and emphasize with all involved people. In general, human sexuality between men and women has been so terribly corrupted, almost beyond the point of recognition from its original form. But as I faced and healed my ancestral wounds, I opened myself up to understand the female motivation as well and to see the bigger picture. And now, finally, the karmic cycles are completed to be left behind – as a dark chapter of humanity from which we could however learn precious lessons towards the advancement of our soul. I now have entered new terrain, where I am unburdened by the shackles of my karmic cycles. I am now ready to rediscover the pure form of romantic love, something truly unconditional and pure, which has the potential to anchor the heavens on this Earth.