A divine gift from Nikola Tesla

A divine gift from Nikola Tesla 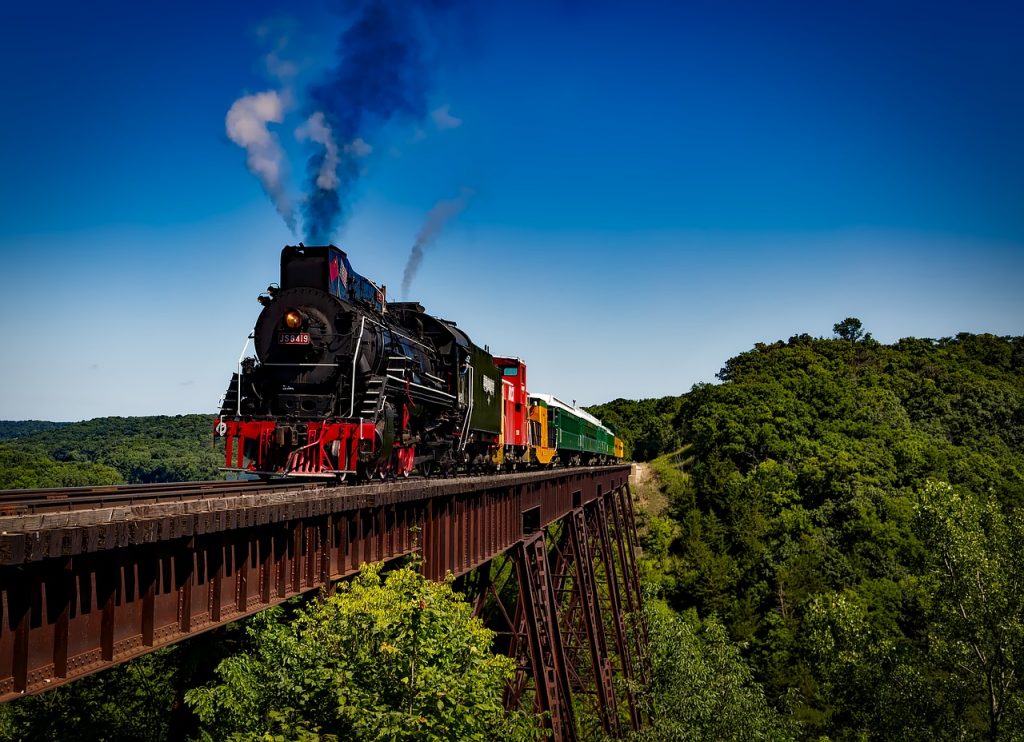 The lady and I were arguing about Christianity again, as I feel she is desperately holding on to certain narrow-minded belief constructs, which prevents her from facing her underlying emotional traumas. She basically said she will not give in, that she feels her path is the right one and that she needs to live according to the Bible to be saved, everything else is a distraction from the devil to get her off her path. That is at least how I perceived what she told me.

A vision of a steam locomotive

As we were arguing, I felt heavy emotional trauma in my solar plexus region, which relates to the sense of self and identity. This trauma felt like a heavy, dull, cold, old metal object, blocking the entire energy flow through my body. I also could not think clearly and felt a lot of confusion. I was not even sure this trauma came from myself, from the lady or maybe even from us both. Anyways, I started to focus on the trauma in my lower body, which also felt really heavy and like it was holding me down to some old, antiquated level of consciousness. I was sitting a while in silence, focusing on the heavy emotions in my body and applying conscious breathing techniques.

After a while, the lady and I prayed to Yeshua to resolve this trauma and to help me move forward and to get a clear perspective again. This trauma clearing was quite heavy and seemed challenging so it took a while until I saw any changes in the vision. Finally, after several minutes of quietly enduring the pain, I perceived how the old metal object started to move and transform and the wheels started to turn. I realized that this metal object was an old steam locomotive, which was starting to move again now after a very long time of standstill and stagnation. I then found myself at the driver’s cabin controlling the locomotive. I saw heavy mechanical control levers which were not easy to handle, requiring a lot of strength and extensive experience to set correctly for the train to continue ahead. Moreover, I noticed that the lady was also in the driver’s cabin but her job was to put coals in the fire. At first, the fire of the steam engine was quite small and dim but it was growing stronger and more violent over time, as she put in one coal after another. The coal represents emotional traumas, which have been stuck in our bodies, i.e. living things turned to lifeless coal which contains a lot of stored energy. The healing process is like a burning fire, where the trauma’s stored energy is utilized again to create forward momentum. I felt that some of the coals were mine, some were of others, yet most were from the lady. Additionally, I definitely felt that this locomotive was mine, it was merged with my divine masculine consciousness, as it is a complex technical machine, which protects and guides those within it.

Furthermore, I realized that we were actually driving a passenger train, which was quite packed. I saw how people in the train compartments were of the past, as indicated by their clothing style which reminded me of the 19th century. It could have been our ancestors but I was not really sure how I am connected to them. Those passengers were in a reveling mood, happy that the train was finally moving again, as they most certainly had been waiting for a long time. However, one gentleman stood out from the crowd: He was standing and waiting there, rather quiet and reflective. My focus was drawn to him, he had black hair, a mustache, was wearing a traditional business suit and a monocle. He also had a walking stick out of dark wood but with a golden handle on top, which seemed very elegant. I now found myself standing in front of this man and he started to examine me from bottom to top in a very suspicious manner as if he was not sure if I am ready for what he had to offer me. He then clapped me on the shoulder, which I interpreted as a gesture of approval.

I suddenly noticed that this guy was Nikolai Tesla! An incredibly strong energy jolt came down my spine, I could not believe it! He even appeared last night shortly in a dream, right after I felt an “angelic embrace” and super intense energy streaming into my body. I was wondering if he had something to tell me and then all of a sudden another vision appeared: I saw my head with some sort of crystal placed above it. Subsequently, I saw how a powerful toroidal magnetic field started to form around my entire body but which I seemed to have conscious control over through my third eye energy center. In my forehead, I felt a strong energy flow, which even intensified as the vision continued. This magnetic field was really wide, not only a few meters, even though I could not grasp its full extent. As far as I understand, this was a major upgrade for my physical vessel and my consciousness in this human form. It is as if with this upgrade, I now have the potential to be more directly connected to the higher selves of other people as well as to higher realms in general. Nikolai Tesla and I thanked each other, shook hands and then he got off the train, while our ride continued. I saw myself again in the driver’s cabin with the lady who was putting in ever more coal into the oven. We were driving full steam ahead to “new horizons”.

What a truly fascinating vision! I did not expect something like this at all. The analogy of the steam locomotive actually is a very good one to the work the lady and I are doing together. We have developed this very strange collaboration, where the lady is bringing me dark emotional traumas and I will transmute them in my typical visual shadow work process, which I have been practicing and fine-tuning over time. Hence, the lady is dropping one trauma after another in the flames of healing and I am controlling the process of their transmutation into forward momentum. Eventually, we both profit as we are continuously progressing on our spiritual paths at an uncannily rapid pace.

The appearance of Nikola Tesla was a grand surprise and totally unexpected. I actually perceived the name “Tesla” in an intense dream last night so this was like an announcement. Also, something happened in the dream which I cannot precisely remember. I just know that my body was flooded with intense positive energy. It certainly was part of this upgrade process, that was completed today in the exchange with Nikola Tesla. I admit that I still don’t fully understand what exactly had happened today and what the deeper implications are. But that is perfectly okay because the need to always understand everything in every minute detail is rooted in our fragile, scared minds. Now that we know that we have divine protection all around us and are ultimately safe, whatever happens, we can fully surrender to the divine flow and the miraculous unfolding of this story. Once, we make this mindset shift, life actually becomes much more exciting as there are many of those pleasant surprises to which we otherwise would not be receptive if we still upheld those controlling tendencies. I only know that I have received a divine gift of the highest honor today, an upgrade to my higher abilities, which was earned through months of hard work on myself. I am eternally grateful for this gift and hereby underline my commitment to keep working on myself and to do what I can to contribute through my higher mission.

so happy I discovered your site. Like so many personal discoveries during this exciting and evolutionary time,i feel it was not by chance or serendipity but perhaps destiny. Everyday things appear in my field of consciousness to answer questions I have been seeking answers for, such that it confirms that the universe or God is teaching me as I become ready to understand. I get tested in my personal life which sometimes takes me to the limit of my patience and compassion, but right when I feel I may break, divine inspiration shines through in the darkness and illuminates the path. Thankyou for your writing, I look forward to reading more. with love, Stevie

Thanks for the kind comment! I appreciate the support as this is exactly what I intended with this website – to help people to navigate through these chaotic and sometimes scary times of drastic change. Godspeed!

What happens on Earth affects the entire galaxy - Light Prism

[…] shadow work sessions months ago by equipping me with upgrades for my human consciousness (see https://lightprism.net/2021/08/04/a-divine-gift-from-nikola-tesla/). I greeted him and he nodded in respect and started charging the energy sphere with a beautiful […]