How to break old cycles and access our divine sovereignty

How to break old cycles and access our divine sovereignty 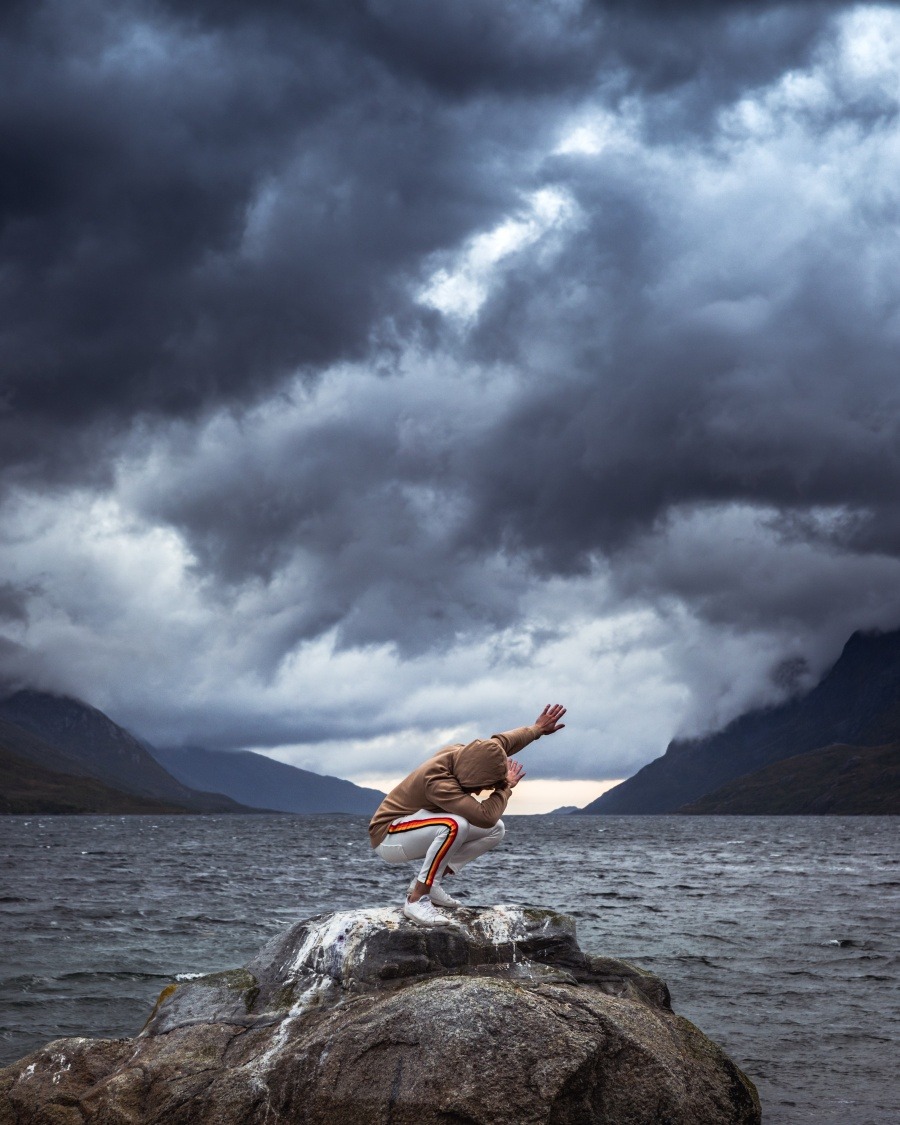 Humanity has been inside a narrow infinite loop of pain, trauma, hurt, unconsciousness and dependency which has been repeating over and over again, like a broken record constantly replaying the same dull 8 seconds of a song. It is always the same, we carry immense pain and trauma inside of us, sometimes handed over through the generations. But instead of focussing inwards, facing our traumas with love and courage, we decide to unconsciously distract ourselves in the external, thereby projecting our darkness onto the outside world. This perpetuates the negative cycles in the first place, as we continue to see our problems in others around us while at the same time not taking responsibility for our actions, thinking we are saints (classic ego distraction). Hence, we proceed to blame, fight and hurt others around us. If all involved parties are highly unconscious of these mechanisms, we can even descend into a downward spiral of mutual destruction, conflict and vengeance.

Humanity’s history is full of examples of this unconscious projection process. And we collectively are really tired of this infinite loop, it is getting boring to always repeat the same patterns even after hundreds of generations without being able to break free from it. But how can we really break free?

Breaking waves by being solid as a rock

The problems exacerbate if all involved parties in a conflict are highly unconscious and project their issues onto each other. This often leads to a downward spiral of verbal and sometimes even physical violence. If however one of the parties involved in a conflict is conscious of these damaging patterns, it can actively decide to not react with an “eye for an eye” mentality but to detach from the situation and react in a different way. This person essentially is then acting like a wave breaker at the seashore, a massive solid rock that is unmovable regardless of which waves are thrown at it. This way, every wave will eventually break and the tide will recede, in other words, the cycles are broken if one party does not participate in them.

And this is another point, everyone is responsible for creating our individual and shared reality, there are no exceptions. In every conflict, each individual carries responsibility. The problem with humanity as a whole is that it has been manipulated into docile obedience and as a consequence is giving away its power to be directed by external forces. All those allegedly powerful elites who have controlled the Earth only could do so because humanity passively allowed them to do so through their unconscious agreement. Hence, from this perspective, there is no point in blaming certain groups but to take our own responsibility by facing our past, forgiving ourselves and others and moving on with sovereignty and grace onto new paths.

Reconstructing a collapsing building in real-time

Thankfully, there are many humans walking this Earth who have gone through their individual awakening and healing journeys. They are distributed around the globe, forming a grid or a scaffolding around the collapsing building representing the “old ways” of humanity. As we proceed collectively onto new paths, the still largely unconscious masses will wake up from their deep sleep, starting to question everything and will eventually choose sovereignty. This however will lead to the collapse of all the institutions and systems which are only upheld through the unconscious agreement of humanity.

Hence, to avoid a catastrophic collapse, chaos and disarray in this world, during the last years many awakened people have progressed dramatically into their healing journeys to be able to access higher energies and insights, thus forming an energetic scaffolding around the planet. With this supporting structure, a total collapse of those crumbling systems can be prevented and they also can be rebuilt quickly but in a better way. Those new systems, which are being built in real-time by transforming the debris of the old structures, will allow for more freedom, responsibility and abundance.

How we can help to transition smoothly

There are a couple of things, every one of us can do, I will provide you with 5 ideas in the following.

As counter-intuitive as it sounds, the best way to help others is to help ourselves. For instance, if we truly heal ourselves this will create rippling waves to affect those around us and maybe trigger something as well. There truly is no point in trying to “wake others up” or “convincing them” of some point of view, this mostly is just a distraction from our ego minds to keep avoiding to focus on our own internal healing. Instead, we need to face our own darkness, pain and traumas by consciously reliving those situations with love and understanding. Good tools to do this are meditation, journaling, contacting people from our past, consciously listening to music or taking sessions with a counselor (the money will be worth it ten times the cost!). In our healing process, we often encounter extremely heavy emotions that are hard to endure. But there is no other way and once we muster the courage to just feel those dark emotions, they often are released and make room in our bodies. From my experience, it is sometimes even uncanny how quickly old negative emotions are released and immediately transmuted into something beautiful! It almost is as if we are immediately rewarded for doing this courageous healing work. In hindsight, our traumas often do not appear as terrible as we (= our mind) once envisioned them to be! On the contrary, they appear highly uncomfortable and challenging but manageable. We can do it!

Forgiveness, for what we did in the past or for what others have done to us, is the first step to break old cycles. It is like cutting energetic cords that hold us like shackles to some past events. By cutting these old energy cords through forgiveness, we immediately are liberated, creating a space for reacting differently in the current now moment.
Gratitude is another important attitude as it redirects our focus to something positive and constructive, which we can keep building on top of it. Gratitude even acts like a magnet, as we are focusing on the good things in our life, we start to attract more of them into our lives. Naturally, gratitude helps us to not repeat old cycles but to walk onto novel paths of abundance and unconditional love.

Choose a higher path in conflicts

If you are drawn into conflicts and the other party is clearly projecting their pain onto you, do not reciprocate and escalate it. Instead, breathe deeply, observe the situation from a detached point of view and listen to the signals of your body. If you feel that you are engaging on the same level, remove yourself from the situation and meditate about it until you regain clarity. However, also do not give in to the demands of the other person. State your point of view from a personal perspective (e.g. “I feel this negatively affects me with regards to..”) in a calm yet firm manner, maybe write something down. Also, ask for the feedback and advice of others around you, who have reached a high level of self-mastery. If it is not possible to reach an agreement with the other party, draw a line and withdraw from the situation (or deal, or agreement), but do it respectfully and kindly stating how you feel. This will immediately deflate the down-spiraling balloon of fear, anger and revenge – we will feel that a cycle has been broken.

What can be a better way to leave old trodden paths than to consciously react differently in every situation? For instance, we could just take a weekend hiking trip in the forest instead of watching movies. Or we could subscribe to this Yoga class our friend has told us a couple of tímes but we never could motivate ourselves to do it. Another idea would be to surprise our bosses by sending them an eMail about the things that are great (instead of only sending emails about problems). How about buying a gift and saying some nice words to the neighbor you have had a dispute with last week?
These are just a couple of suggestions but you get the idea. As we are the creators of our realities, every decision represents a potential turning point, where we can redirect the flow of our lives onto novel pathways. Of course, this will also make an impression on the people around us and maybe inspire them to take some positive change.

Create and build something

Through our internal healing journey, we create a lot of space within us so we are able to receive more positive energy and inspiration. This represents an excellent opportunity to put some ideas into action and start new projects. It can be anything from fulfilling a childhood dream to starting a side-business or just repairing some part of your house. By doing this alone, it will reinforce the attitude that we are the creators of our reality and eventually start a positive cycle or sovereign creativity.

We are the ones we’ve been waiting for

The following song has been incredibly inspiring to me. It does highlight how everything is about ourselves first and foremost and that we have all the power to enact positive change if we are consciously deciding to do so. We truly have everything we ever needed inside of us, it is time to rediscover it! See: https://www.youtube.com/watch?v=cRfaUR4T7TU

People are working through their traumas whether they want to or not. The more conscious you are about doing shadow work, the quicker you will be able to integrate your soul fragments, learn the lessons and move on to better timelines.

As the energies from the solstice and planetary alignment are being integrated, we are in a transition state between two phases. We are learning the final lessons before moving on to the next stage of this journey. There is uncertainty but we are going to succeed and prosper.

Harboring guilt and grievances is like a heavy anchor that keeps you trapped in lower timelines. The time has come to forgive yourself and others for destructive actions in the past, many of which were unconscious. Let go of this heavy load and move towards your highest timeline.