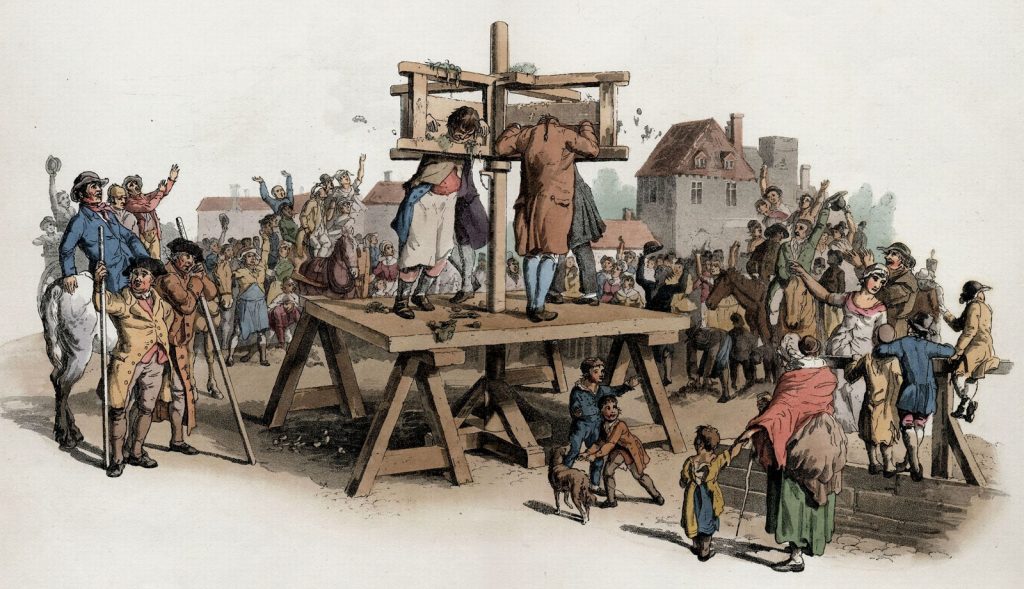 Weeks ago, I realized that Maria, my partner from my past life in Middle Age Germany, has incarnated in my current life and stepped into the community where I am living right now. As written in my last post, I made the shocking realization that she has just gotten into a relationship recently (see https://lightprism.net/2020/12/09/encountering-my-past-lifes-partner-in-this-current-incarnation/). Of course, I was disappointed and confused and hence decided to not contact her asking for a personal face-to-face talk. However, as always, things do not go as I (my ego-mind) think they will!

Out of the blue, one week after the weekend trip where I realized Maria is in a relationship, she started writing me various messages asking me about her personal computer problems. I thought this was odd, as there were multiple different occurrences and she could have asked other people as well. I thought something in her actually might want to connect with me as well and talk about some things. The whole time, I just wanted to have a talk with her in private where I can look into her eyes and “feel into her energy”. I just wanted to understand more deeply what is going on. Because usually, we don’t consciously meet people from our past lives, do we?

Thus, after I gave Maria advice on her computer problems, I asked her if she wanted to have a talk in private with me, just talking about how she came here to South America, her motivations and goals, and what challenges she is facing. She agreed immediately and told me she had time the next Saturday. I was excited to finally get to know her better or “get to know her again” (you know what I mean!).

Mirroring each other to bring up old trauma

Well, on Saturday, Maria messaged me that she does not have time because she needs to do “other things”. She suggested however a meeting on Sunday morning. I already felt how this was triggering something in me but agreed to the meeting the next morning. However, our meeting never happened as she did not show up on Sunday morning and neither send me any message. She just left me hanging there, as she was probably doing something with her boyfriend. This situation triggered immense pain within my body, it was as if an old train was standing on my chest weighing me down. I needed to meditate the entire morning as I was not able to focus on a single clear thought. My emotions were fluctuating between anger, rage, sadness, jealousy and desperation. It was incredibly heavy.

Eventually, I started walking outside through a forest and I immediately felt how calming and peaceful the energy was. Listening to the subtle movements of the branches and the friendly chirping of the birds, my body started to feel lighter as I was being immersed inside this forest. At some point, I encountered a massive old oak tree. I continued my meditation under the oak tree and felt how the load was slowly pulled out of my body. What a relief! I stood up to touch the oak tree but it was as if it had an “energetic field” around it pushing back my hand. As I pushed through this field, putting both of my hands onto the tree, I felt a strong flow of energy through my entire body, establishing a deep grounding connection. Truly magical and something I had never experienced before! What a blessing to be alive!

As I calmed down after about 3 hours, I finally send Maria a voice message. I explained that I was really hurt by her behavior but that it probably triggered some unprocessed trauma of my past, so I am thankful as well for her giving me this opportunity to reflect on this. She responded that she is truly sorry and this occurrence has demonstrated to her that she needs to be more responsible and think about how her words and actions affect others. So we actually both mirrored something onto each other here, the question is what?

A week later, I randomly met Maria again and had a small conversation with her. I realized that she has a lot of things weighing down onto her soul, she is however no admitting to it. For instance, she is unable to concentrate and her work and told me that she is “totally overwhelmed” by everything. I invited her to a group meditation as this might help her to focus more on her inner world. But, surprise surprise, she spontaneously canceled again with some weak excuses. What is she avoiding?

Revisiting my past life with Maria to get more answers

Last Sunday, I saw Maria with her boyfriend and suddenly felt incredibly heavy in my chest. I went to the shaman for help and he offered me a session immediately. We went into a deep meditation together where I imagined my negative emotions as a dark, dull empty metal object with a reflective surface. Suddenly, on the metal object’s surface, I saw a reflection: I was in a small town in the middle ages but tied down with heavy metal chains. There were people all around me, it was like a dark grey dull mass, similar to what I perceived in my last session about that incarnation. Those people were shouting indiscriminately and throwing things at me. I realized I was actually standing in the pillory on a public square in a German town in the Middle Ages!

With the assistance of the shaman, I went into the scene. We stopped the time and I started talking to the version of myself of the previous incarnation at the pillory. I felt how my previous version was confused and ashamed. He told me about a web of intrigues, power plays, politics and women! His emotions felt so incredibly heavy, like tons of lead weighing down on my heart, I intensely felt this old fear, shame and guilt. I quickly realized that one of the main aspects of this drama were affairs with women outside of marriage. Suddenly, I saw that Maria was standing at the sidelines of the crowd, veiled with a dark robe, as if she did not want to be seen. Next to Maria was another woman – it was the woman with whom I had an affair back then!

So obviously I was accused of adultery and this was part of my public punishment! Once I realized that I betrayed Maria, I saw that all her moves in this current life were the exact mirror of the situation back then towards me – she was doing to me what I did to her back then! Essentially, I was not following my divine mission but falling for lower temptations, especially sexual ones by having an affair with another woman. I probably also lied to Maria as a consequence and was not there for her when she needed me. Also, I probably did not listen to anyone but totally lost perspective by acting on the lower urges. The actions of Maria towards me reflect this unconsciousness exactly!

At the same time, Maria does have blood on her hands as well. While I betrayed her initially, she probably fell into a lower pit of emotions such as jealousy, anger and revenge. I suppose the emotions I felt when she abandoned me that Sunday are exactly what she felt in the past lifetime. Yet, I broke the karmic cycle as I did not enact my revenge on her, which she did back then by denouncing me to the authorities, ultimately leading to my execution.

The book of incarnations

I recognized another shining figure in the crowd, an old man who looked very bright and wise like a priest. It appeared to me as if he was acting as some kind of “anchor” to remind me of this scene, it felt like a “bookmark” within my personal book of incarnations. So alone his presence there and making this bookmark ensured that I could easily revisit this situation today to face, heal and overcome it.

We started to proceed to send healing light into the scene, which took up all the negative trauma, flooded me, Maria and the rest of the scene. Then, I was hovering over the scene, where I saw it from a bird’s eye viewpoint. The emblem of the state Hesse, a red lion on a white background was floating next to me and seemed very charged and powerful energetically. As transformative energy started flooding the scene, I integrated the lion in the body of my old self and with this lion energy alone could burst open the shackles and free myself!

The heavy metal object transformed as well, it dissolved and manifested as a large object hovering over the scene and connecting everyone, looking like Metatron’s cube. I left the scene, standing next to the dark metal object which suddenly transformed into this cube of Metatron but now much smaller so I could hold it in my hands. My interpretation is that before, there was separation and a distorted reflection through this old trauma (a metal object), so I could not clearly perceive those past situations and everything related to them. However, now after the transformation into this Metatron cube, I have actively integrated this energy and can access it consciously. The pain, suffering and trauma have been transformed into empowerment, wisdom and opportunity. We essentially broke the negative victim cycle and have redirected the energy into a powerfully creative upward spiral.