Calling in a team of inter-galactic special forces

Calling in a team of inter-galactic special forces 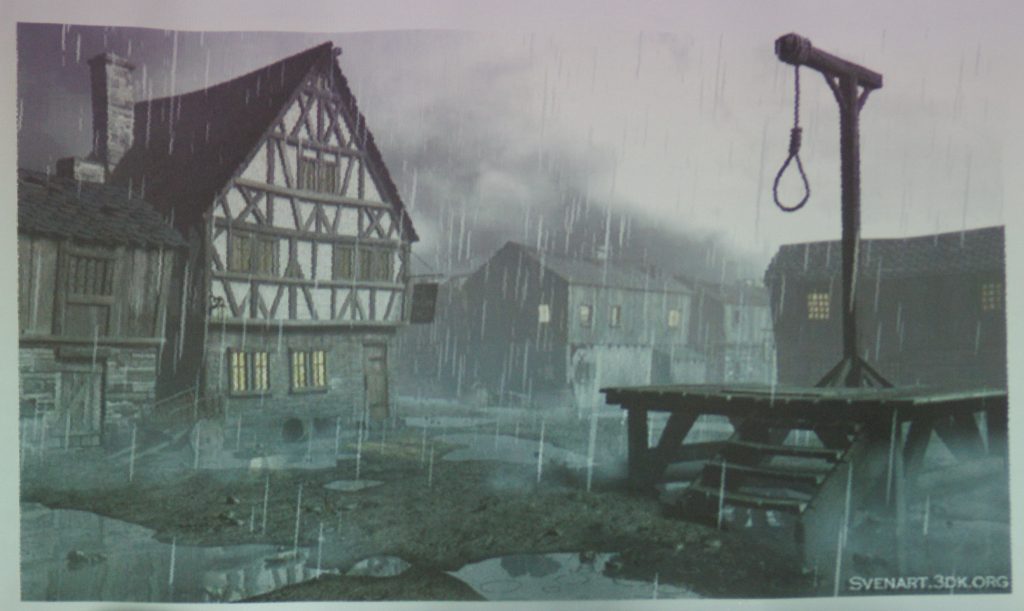 So, I finally had another session with the shaman and, you guessed it, revisited another past life vision! Yesterday, I basically was pissed off by something the project leader wrote to me. I perceived it as a manipulative, narrow-minded attempt to force his mental constructs onto me, instead of just letting me do my own things. My body perceived it as “suffocating”, like strangling myself, unable to breathe and act.
With the shaman, I went into a deep meditation and I felt a rope around my neck! I was somewhere in medieval Europe and I was being hung in front of a cheering crowd!

Being executed in a Middle Age German city

Damn, that is a tough thing to remember! I watched the crowd and how they were chanting and cheering about my execution. They appeared to me like a grey unconscious mass, unable to think independently, or follow higher paths, instead just relying on their lower instincts and “following the herd” mentality. There was however an exception: A woman in the front, who was not cheering. I immediately recalled her as “Maria” and a strong flow of energy flushed through my body – she certainly was an important person in that life (or in other lives as well). She was like a shining figure, standing out with her kindness, unconditional love and grace.

Then, on my left was what appeared to be a noble knight with a wire mesh armor, a sword and white/red shirt which had a lion on it – I realized this scene played out in the German state of Hessen, where I also grew up in this current life! How mind-blowing is this vision? The knight was holding a paper roll, which seemed to contain the charges against me. I immediately knew that the charges were related to heresy as I brought many ideas into this world which the people were not ready for at that time. Also, the power structure saw its legitimacy at risk, so I was “removed”. However, the knight reading the charges against me seemed quite sad with it and I saw a light emanating from him as well. So he himself probably was forced to do this to not be killed as well. I felt the deep respect we had for each other, despite all of this ugly chain of events.

I also felt anger and disappointment, but mainly directed at the unconscious masses and their immeasurable blood-lust! You might as well say, I was mad at their incredible stupidity, brutality, and lack of independent thinking, as they allow themselves to be manipulated over and over again, always repeating the same negative circles. They appeared so primitive and undifferentiated to me, like a single grey mass. It was clear that I certainly failed with a mission or whatever I wanted to do in this incarnation. I could not get it through and was killed for my ideas.

We then proceeded to call in archangel Michael for help and guidance. He lifted me up above the scene, where I saw the whole scene in a birds-eye view. I actually left the body, as I most likely was executed at this moment. As we were hovering above the scene, it really appeared like a small theater but it was very dark, extremely dark “down there”, while “up here” in my current view I saw light streaming in and surrounding the planet from all sides. There were actually entire legions of angels there, I felt their positive presence. At this point, I realized “enough is enough” and as I thought that dozens of light beings (I just saw bright lights streaming in and positioning themselves around me) who I felt are related souls to me with a similar structure, arrived as reinforcement. That means to actually incarnate, i.e. jump into the hellish pit that was Earth!
We were hovering around the planet, preparing, planning and “calibrating” with our energies for this monumental task that was ahead of us. I looked around and saw how magnificent those beings were, each very sophisticated, unique and beautiful. While we were similar and related, we also were very different, kind of “specialized” to do certain things, like a team of rogue elite special forces. However, our weapons are not guns and swords but a peculiar sense of humor and limitless unconditional love.

Shortly thereafter, I saw how the angels blew the trumpet – it was the “Go!” signal. All of us descended back again into the planet, like laser rays of light piercing into the surface structure. I was arriving at my current incarnation again in Hessen. At the same time, I saw how the other souls, I refer to them as my “brother’s in arms”, descended as well – all around the planet yet permanently interconnected to each other in what looked like a grid of light illuminating the dark planet.

Then I got another vision: While there are armies of angels all the time with us here – they alone can’t do anything if the actual incarnated person is not open to them and cooperating! It is like running a marathon: The angels are standing at the sidelines, always available to help and give you food, drinks and support – but if you ignore them, they can’t help you. And that is the thing, the average human being is so far away from their divinity, so disconnected, that they only follow the herd. To make matters worse, the herd is easily misled by a few very bad entities (you know who they are, those who controlled the planet for thousands of years). So the task of the “old souls” who came here now is to jump into the marathon and break out of the herd, creating new paths for themselves. If enough people “break out” this will have a contagious effect as many unconscious humans as well will start to follow – a “split” into different paths will occur! It actually is not so difficult to “break out”, as there is nothing really stopping us if we do so. The challenge is to remove oneself from the old paradigms/matrix programming as well as to start loving oneself and trusting in yourself, intuition as well as spiritual support on a higher level.

I guess that is a very good analogy to explain what happens right now on Earth. I also realized that I have a lot of things waiting for me on a higher level. The positive changes starting to occur in my life right now are incredible, yet at the same time, my challenges only become tougher daily!

Amazing stuff! I’m sure you’ve heard of Dolores Cannon– I recently finished her book about the volunteer souls that came here to help. It resonated with me deeply. Really cool to get confirmation from your visions as well. And yeah, I totally agree the challenges are getting extremely hard.. But the rewards are and will be incredible! Things are speeding up.

Thank you Rachel! I haven’t looked in detail in Dolores’ work but there seems to be significant overlap. At some point, when we have healed and raised our frequency to a certain level, we “just know” these things intuitively as our connection to higher realms strengthens. It really is a fascinating journey!