Revelation of my soul’s mission

Revelation of my soul’s mission

The project leaders projected their trauma onto me

In this project in South America, where I am living and working, I was faced with immense challenges as the project leaders started projecting some strange things onto me. I am working on the internet infrastructure here and as I’m doing good work, solve problems etc, the project leader has been dumping more and more work on my plate since last week. He started sending me text messages in the middle of the night, that there are some “WiFis visible” in their house so they cannot sleep because of this. His own son had a WiFi open next door and did not shut it down but the guy messaged me again the next night using language like “this is the last warning” and irrational things like that. It was totally weird and over the top, as I do not see myself responsible to run around and check who has which WiFis open!

Well I thought “this could not get any worse” and suddenly the next morning, I received an email from the project leader that “we must immediately organize the tubing for fibre optical cables to every house!!”. I kindly responded that we should act calmly and deliberately not making any hasty decisions but that I will put it on top of my long priority list. He responded within 5 minutes with a very agressive email that “WE WERE CALM for the last 2 years!!!!!”, “WE NEED TO ACT NOW!!!”, “WE KNOW NOTHING!!!!”, etc. Half of the letters in the email were in BOLD and he used about 50 exclamation marks.

So I was of course really pissed and in my mind already laid down work. Why bother with this insanity? I talked to the leader’s son and he was very pissed as well about the email of his father. The son has had my back for months now, protected and saved me from very tough situations – without him I would not have come this far. I would have already quit out of frustration. Well, I later found out that the son had asked his father not to bother me with the WiFi topic and stop sending me messages, but the leader totally ignored him. Some people told me that the son tried to talk to his father on Monday about this email but as the father wouldn’t listen in his mania, the son even shouted at his father. Later, the son talked a long time to his mother, the wife of the leader – until she also started to realize how bad the behavior of her husband was towards me. Later that day, I suppose the wife scolded her husband intensely until he was snapping out of his craze. Surprisingly, later that evening the leader send me a voice message apologizing. It was strange, I never heard him talk like that – humble, remorse, admitting to his shortcomings without projecting on the external, etc. It was really uncanny – like the situation has “cut an opening into the matrix screen” of their endlessly repeating 3D trauma patterns.

Standing my ground and listening to my body

One day later in the morning, I had a face to face meeting with the project leader and his wife to clarify the situation and the fiber optical topic. For about two hours, I was meditating and praying to archangel Michael for protection. I used the following prayer video which resonated intensely: https://www.youtube.com/watch?v=4CVLA8IIABw

It was fascinating, at the video also says “cutting old energetic cords of the past” – my whole body was suddenly captured by a powerful energetic current and I started to cry uncontrollably, as a lot of negative energy was released and taken up by Saint Michael. The other thing is that I felt “low key sick” for the last 2 weeks at least (like having a cold which was hibernating but not breaking out completely). As I was crying, a lot of this cold was also being released from my body. Thus, I immediately realized my health problems were connected to some sort of energy blockage.

In the face to face meeting with the leader and his wife, I was talking about my introspection and healing journey which I did in the last 4 months and they did listen – especially his wife. I also mentioned that sometimes we have to “let things go” and “put it in the hands of God” and that we cannot force things. Moreover, I told them we have a weekly meditation and prayer group which already has 10 participants right now. I got a vision in the morning to invite the leadership as well so I did! I felt the wife was very open to it and later that day, I told her again that she is always welcome to join and she said that “she would like to do so”.
So the meeting went well until the leader started talking about the “fibre optic cable” topic and he tried again to manipulate me into taking responsibility for it. They told me that they had an employee previously handling this topic 2 years ago but that guy was allegedly receiving bribes from a large fibre optic cable provider to sell an overpriced system to the project. He was understandably fired but the leadership was very hurt by this event. And I couldn’t shake off the feeling that this fibre optic topic had very negative karma all over it, as my whole body rang its alarm bells.

So the leader was explaining his plans for the fibreoptic cabling for every house but to me, it did not make any sense! Something in me told me that I need to steer clear of that negative energy so I vehemently refused all of his manipulation attempts (I think he attempted it 5 times to convince me). I was really surprised about myself, how well I stood my ground. Suddenly his facade collapsed and he gave in to me a 100%, saying “then we’ll find someone else to do this” – which was another emotional manipulation attempt. But after a short pause, I just responded “alright, that seems reasonable” and so this topic was closed and I stood my ground without compromise. It was really really fascinating in hindsight.

An exchange with Archangel Metatron

Now another interesting info: Last Thursday during our group prayer meditation, the name “Metatron” appeared in my mind over and over again and during a nightly walk, he gave me some information: I asked Metatron what my “mission” is and the German word “Mischen” (=to mix) appeared over and over in my mind. So my “mission” is to “mix”. I first was confused but then all fell into place: My whole life, I was searching for generalized experiences in all areas (technical, social, psychological, spiritual, cultural, lingual, philosophical, etc) and I always was repulsed by demands to over-specialize myself into a small isolated niche. That explains why I did not want to do a Ph.D. as well!
Moreover, an image of a “burning lens” or “magnifying glass” appeared, which was rapidly redirecting and focusing on different diffuse energies, also combining them to create powerful results. Another image of “strings” appeared but not in a confused, intertwined way but straight and orderly so that I could direct them with my hands like a musical instrument, thereby creating a perfect symphony. As I am writing this I am feeling energy rushes so I take it as a confirmation!

Basically, Archangel Metatron gave me an explanation of why I am doing so well here in this project, much better than any European worker before me. It is my natural “habitat” aligned with the blueprint of my soul / higher self: I push myself into complex systems with many different parties/stakeholders who are “world’s apart”, for instance:

Then, I am in a short time absorbing the “essence” of each stakeholder by talking, interacting and learning from them and applying it myself (I go in just deep enough to get it without overspecializing and then jump to the next topic). I then start combining the different “essences” with the power of my own intuition and imagination into creating/assembling something new, which I then again willingly share with the people around me – so they can adapt what they like from it and improve it from there.

I can only be successful with this approach if I stay humble and meet everyone around me at eye level, which is working very well since my accelerated awakening. However, I need absolute freedom and self-responsibility to act in this way, as many of my approaches and solutions are very unconventional and seem strange or weak at first (sometimes I am going through multiple iterations as well). But oftentimes the results are more effective with less effort than previous solutions. The thing is, my soul starts revolting when someone is trying to push me into his narrow-minded mental model to just execute some fixed plan without being able to change it myself. It is what the project leader tried to do and even my body was shutting down to prevent myself to agree to his narrow-minded demands.

All in all, it was extremely interesting and eye-opening! The funny thing is that Archangel Metatron was also appearing in meditations the shaman did with his wife! As a consequence, the shaman also initiated certain actions so that eventually this whole situation unfolded the way it was a very strong yet well-directed warning shot at the leadership to finally start looking inwards!
It is beautiful how these things unfold. It shows how difficult it is to make changes here in this 3D matrix, where some negative vicious cycles have been ongoing for hundreds of generations or even longer! The way I see it is: The more I “clear myself” from the past and negative karmic patterns, the more readily available am I to being directed by positive higher forces. Consequently, the more people in this project here are open to higher forces, the more “complex chess moves” the higher forces can execute through us to affect positive change in this project. It is truly fascinating how everything develops, like a divine symphony.

It’s like I wrote every piece of that. But the way you wrote it is “you”.
❤️ 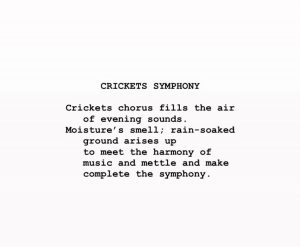 Thank you! Many of us have a similar purpose yet different energy through which it is expressed in this life.