The community has reached its breaking point

The community has reached its breaking point 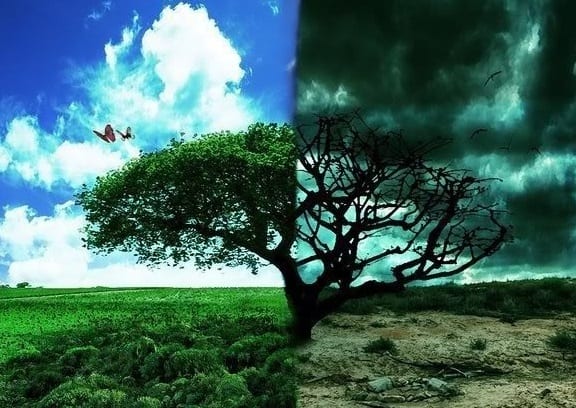 I have written a lot about my personal journey, now I’d like to touch on the events happening all around me in the community where I am living here in rural South America. It certainly is insane, it is making Hollywood movies look bland and boring in contrast! We have reached a moment of “make or break” right now in the community. Let me explain the context.

Externally playing out our unprocessed traumas

Many people from Europe have been coming here in recent weeks, as they are fleeing the perceived tightening of the lockdowns. This creates a lot of friction here, as the project can barely keep up with the new arrivals. As you might have guessed from my previous posts, I feel the challenges are mainly on a SPIRITUAL LEVEL. Many people coming here bring all of their unresolved problems, trauma and baggage with them and expect to encounter paradise here. Which eventually leads to people playing out their unresolved traumas within the community, causing hurt, irritation and discontent. A large part of the people here has very deep pain inside they are unwilling to face.

Furthermore, the young lady who was working with me and who broke my heart (but in a good way to help me clear out my traumas!) left the project to live outside of the community with her boyfriend who was the workhorse in this project. He was the interface between the leadership, workers, clients, etc. He was at a very important focal point and carried a lot of the workload. Moreover, he was well respected by many of the members here as he has helped and assisted them in their day-to-day activities and with challenging problems. So his loss has ruptured a deep hole in the organizational structure of the project and this at a time where many new people (with high expectations) arrived.

And today the BOMB EXPLODED: An Austrian gentleman posted a message in the public group chat. He stated that he is discontent with the leadership and has many disagreements, so he basically wants to drop everything and sell his house and property. But “good luck” to the rest of the investors! And he included a “P.S” message, he congratulated the lady and her boyfriend for being engaged wishing them a good future.
By the way, this gentleman had promised employment for a wage more than 3x the normal wage here to the boyfriend of the lady, thus enabling the whole situation to unravel as well, causing havoc to this project.

My body’s reaction to the challenging situation

I immediately felt this heaviness and confusion in my stomach. I started to meditate over it and I realized that this Austrian guy “had fallen” very far and opened the door to low entity attachment far and wide. There are many other stories but he has a lot of skeletons in his closet, which is a lot of unprocessed trauma. While he has a good core and tries to help people, due to the inability to face his own issues he is often causing havoc around him through his words and actions.

There is awareness on all levels about this situation and the project leaders issued a counter-statement to his message, revealing all of the intrigues, dirty plays and damage done by his actions. So the light was shining on this situation but a lot of damage has been done already. So, it truly is a “make or break” moment right now for this project.

It surely is a crazy ride! Yesterday, I was at the Austrian gentleman’s house installing an internet connection. He was very surprised that something positive was happening to him, as he got the internet connection. It was so funny that we together untangled a 40-meter long network cable while talking about the whole situation. Later his wife invited me for coffee and we talked about everything. I tried to give a balanced viewpoint to them and reiterating that “eye for an eye” never leads to a good outcome (i.e. you are reacting with the same level of consciousness with which you were wronged). I proceeded to tell my own positive story and that of an old colleague, who managed to leave the community in peace without burning bridges.

The wife actually listened to me and was open to what I said. But the gentleman was very closed down, always coming back to the same 2-3 stories to defend his anger and “attitude of revenge”. And yes, my feeling was right, he thinks it is up to him to “bring justice” by showing the whole world how shitty and dishonest the leadership is, as well as by removing the workhorse (boyfriend of the lady) from the project by promising him a lot of money. Interestingly the Austrian gentleman said as well that “he feels really bad for weeks now – because of them”. I proceeded to ask him who is responsible for his emotions: The external or he himself? He seemed confused by that question and changed the subject.

I finally said that I have a really bad gut feeling “if those negative cycles are not broken, there will be only more of them in the near future” and tried to warn them of their incoming negative karma – if they don’t open up and process their negative trauma from the past, letting it flow out, it will only come back like a boomerang hitting them in the face again but harder the next time – until they learn to let go, forgive and heal themselves.

The wife took it all up and it was making an impression on her, I felt. The gentleman however was still fixed in his narrow viewpoint. During the talk, I felt short energy rushes in my spine, so I take this as a sign that I was doing the right thing. Now it is up to them and their free will to make their bed – and ultimately lie in it as well.

So things here do progress in many positive ways, but there are always the same challenges, which are also rooted in the personal issues, past traumas and negative patterns of the project leaders. Last week I had a talk with the leadership here and they made some statements which made my gut wrench. It certainly is obvious to me that there is a lot of unprocessed trauma, which they project outwards through the need to control and know everything.

I personally am going through an incredibly difficult period, my body is feeling totally “burned out”, I need to constantly take rests and a lot of time for myself (even more than usual!). But I do seem to have a heightened conscious awareness and intuition right now. Many times, my gut feeling has already saved me from difficult situations.
I guess I am much more in tune with it now than before. I also go inwards more when I am in a difficult situation, instead of acting out and projecting to the external.