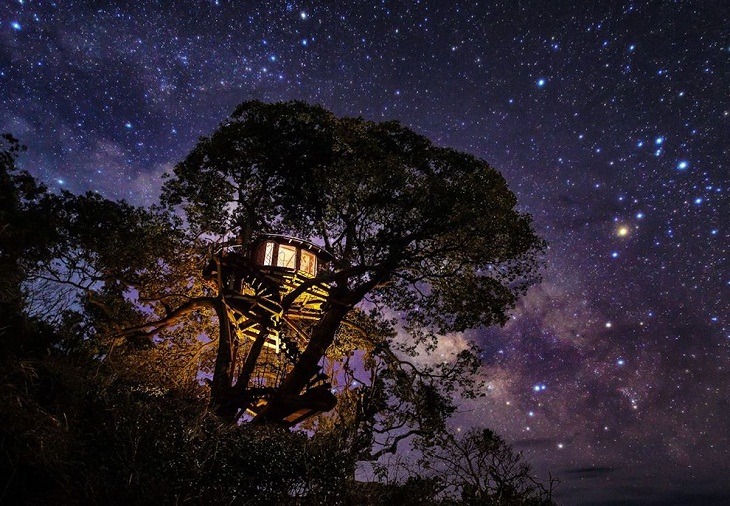 It has been a tumultuous time since my last post! I had another session with the shaman yesterday and I felt I had to start speaking about my sister. So my sister is suffering a schizophrenic psychosis since puberty and she has been living in a controlled environment (clinics, controlled apartments with medical personnel) since she was about 16. It all started with strange symptoms, where she thought the people on the radio show were talking about her, making fun of her, etc. She also regularly talked about being visited by aliens and other esoteric subjects. The problem was when she started to “lose it” and apply violence against herself and others. Then she was put into the clinic and on heavy medication – for years she had been taking more than 5 different pills a day. So she obviously has other health symptoms as well, which I believe are side effects of the medication.

My parents and I have accepted that she is “sick” and “nothing can be done for her”, “it is what it is” even though it is highly unfortunate. For a long time, I did not even think about her situation or what could be different. However, recently I had an intuition that I should talk about my sister in a session with the shaman even though I did not understand why. So I did: After some discussion about her, I started to feel some negative emotions in my chest, appearing like a “dark wavy cloud oscillating”. So imagining this emotion, I went into my “mental theater” again, where I thought about situations in which I felt this emotion before.

I sensed that there were many visitors in this theater but could not get exactly who initially. Well, the curtain opened and I saw a scene, albeit very blurry, when I was very young, as was my sister. After a while, I realized my sister was under a blanket inside a bed in my parent’s house and she was actually terrified, trembling in fear and crying. I was lying there as well, also with extreme fear but did not understand why. I guess I was just 5 years old or so, thus my mind could not grasp the extent fully. Then it occurred to me that we were both terrified of my father who had exhibited some extreme rage and aggression towards us so we both fled and hid in the bed. I pondered about what exactly happened but nothing came in. But then, SUDDENLY, a channel opened and I saw my father as a young boy in the SAME SITUATION! He was just 5 years old but terrified of his mother, who was actually hitting him, letting out all her anger and frustration onto my innocent young father (context: my grandfather died in WW2 when my father was only 3 years old, so my grandmother had to raise her sons all alone).

And suddenly it all came into my awareness: On the stage, I saw many “little chambers” which were similar situations my ancestors all had experienced. I saw the situation with my sister, my father as a boy with his mother, his mother as a young girl with her father, and so on. It looked like mirror images mirrored inside other mirrors, so the further back it went the more unclear it became. However, I saw that all “scenes” or chambers were interconnected by this dark wavy cloud: It was like a thick grey rope, enveloping all situations and people, even appearing like shackles in the sense that people could not break free from it. In contrast, the more that people moved, the more they got “intertwined” in those dark shackles and made it worse. Hence, the generational trauma was always repeated to some degree but often even worsened.

Incredibly intense energy started to flood my entire body. I started to imagine white healing light enveloping the stage. And after a while, the “dark wavy ropes” were actually being transformed: The small boxes containing the scenes started to morph into something resembling hexagonal cells of a beehive, which were glowing in orange/golden light, pulsing in a certain frequency. Also, all cells were interconnected and signals flowing back and forth. Suddenly, my perspective shifted and I saw other layers appearing on top of this beehive (which I think represent other bloodlines adjacent to mine) – and they also started to interconnect with the hive. After a while, the hive turned into a large 3D structure and at the top of the stage, the night sky with beautiful stars appeared. And suddenly lights were emitting from this beehive and connecting with the stars, as well as with the audience in the theater. I connected back to my younger self in the scene and said goodbye to him. We both imagined a beautiful “treehouse in the stars” as a place we can always find refuge in when the times are hard and we need our space.

I turned myself around and looked at the audience: It was my entire ancestry! In the first row, next to where I sat, was my sister. Behind me were my parents, behind them my grandparents and so on! It looked like a pyramid structure, the way they were all seated. It was a large theater with many of them and they were all flooded with this light emanating from the energetic beehive on the stage and were actually cheering and excited about what was going on. It was otherworldly, mesmerizing and unbelievable.

Connecting my sister to the healing energy

I looked at my sister in the first row and she raised her arm like she wanted to get my attention. I then realized she wanted me to connect here more directly into the scene happening on the stage, e.g. connecting her to her younger self in the scene who was still lying in the bed under a blanket in a state of fear and terror.

At this point, the shaman almost could not keep it up. I heard him mumble some things and moan but for some reason he let me continue. So I invited my sister closer to the stage until she was standing directly in front of it. She did not come onto the stage though. In any case, I went back into the scene with my and her young selves hiding in the bed. And I looked at my young sister, how she was trembling and crying uncontrollably. At some point, she calmed down and looked at me. Even though I am much older now, she immediately realized who I was and trusted me. She calmed down even more and started smiling at me. Then she said one thing: “It all is how it is supposed to be”. I went closer, arranged the blanket so she could sleep comfortably and then left the scene.

My older sister in the audience was now looking at me on the stage and started to thank me for what I did. She said, “Daniel, I always knew you could do it” and “you always achieve what you aim for”, etc. I started to take notice of her mannerisms and the way she was speaking: She appeared much younger, more vital and more lighthearted than ever I could remember. And suddenly an energy rush hit my body, which was so intense that I could barely handle it. My whole body was flooded with some kind of energy, I was gasping for air, crying and shaking all over. At some point, I even lost the feeling in my arms and hands!

In the end, the curtain behind me closed but I was facing the audience and suddenly there was a microphone in front of me as well as the spotlight. I started to express my gratitude to my ancestors, that they mastered all these difficult times and allowed me to be here at this moment today, experiencing these things. They were cheering, applauding, some even giving standing ovations. It was wild, unreal. Suddenly, I saw an object in my right hand, it was like a spear or a scepter with a golden tip. I looked at it, wondering about its beauty and power. Then, I decided to leave the stage to take a rest, while the audience was still highly energized, but now talking to each other.

Additionally there are some interesting interpretations to take away from this experience:
1. My sister deliberately put herself into this difficult situation before coming here:
“It all is how it is supposed to be” points to this conclusion. So maybe she and I have chosen this challenge to overcome it with each other and have the strength to do so. It will be interesting to see how things go from here. If my sister can regain her health and get off the medications, it would be a great hope for others as well. We will see how things develop from here. There might be interesting surprises in the not so far future..
2. Many old cycles are being broken right now:
The theater play showed that the same old dark energy was being perpetuated over and over again through the generations. It actually is really bland and boring if you think about it – like an old broken record playing the same 8 seconds over and over again. However, maybe it is due to the energy influx right now or whatever but many cycles are broken and many old wounds healed right now. And it is beautiful and liberating. And many are relieved about it.
3. The demons and parasitic energies will have fewer hosts to hold on to:
A thing to consider is that the more people heal themselves right now, the less “attachment points” there are for demons and lower entities. It is like the sea level is rising and they have less and less land mass to hide themselves onto. Thus, those points which are still available, i.e. people who refuse to work on their issues, will be possessed more aggressively and mercilessly. Basically, the demons are fighting for their survival or at least, the survival of their “way of life” on this planet. They will become only more insane and reckless. Thus caution and prayer is advised.
4. Energetic pathways are being rewired:
The image of the “illuminating beehive” points to a decentralized, yet interconnected future on this planet, i.e. people organizing themselves without leadership or authority, listening to their inner wisdom and to each other. This of course is in stark contrast to the current reality and until we are there, it will take a lot of time and suffering, i.e. burning down the old structures and people who are unwilling to change with it.
5. A glance into what my mission is:
Before coming here, I “signed a lot of agreements” I guess.. But I also had A LOT of preparation to manage all of these immense challenges. I feel a lot of wisdom and abilities are still hidden but will activate in the near future once I am ready. I presume though that part of my mission is to heal the traumas in my ancestral line (especially on my father’s side, where there was immense unresolved trauma) and maybe of others as well.