Breaking the generational trauma cycle of my ancestors

Breaking the generational trauma cycle of my ancestors 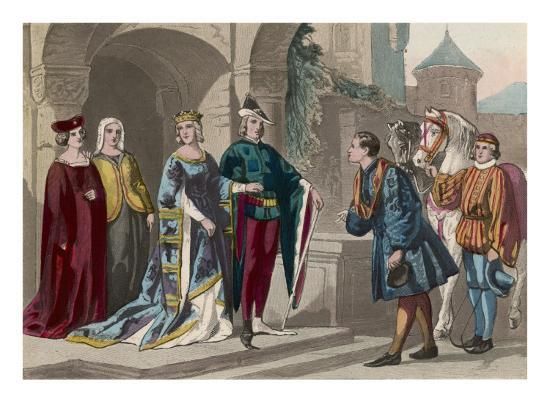 Since my last post, I have other fascínating news from my “spiritual battle front”. You won’t believe this one:

Last Sunday I was on the phone with my parents. I realized that there are many things which are weighing down on them but from previous generations, e.g. traumas and limiting beliefs their parents handed down to them. By far the greatest fear of my father was to raise children who were of a different father. Once we had a beer and he was saying something along those lines. I am definitely his son and my sister also, but this is an irrational belief which came from an epoch much earlier, even generations before. The question is why?

Reliving the most traumatic past life experience

One day after the phone call, when I was in the shower it hit me: There must have been some horrible events that happened to my ancestors and maybe I can find out what happened and break the cycle (crazy energy rush once I realized this = instant confirmation). So today I was meeting the shaman again and I told him that I myself have this fear (i.e. raising children from another man) and that this is an “incredible shame”, “disgusting”, etc.

He guided me into a deep meditation and I pictured a theater. There were two other people present: One person next to me was Jesus and another old man was sitting in the last row who I could not recognize. I felt a strong pain in my heart as well, which felt like an old rusty nail struck into it from behind. With this emotion, I imagined how the curtain opened and I started to see a scene from a couple of hundred years ago: Wheat fields, windmills and a young innocent peasant lady with a basket. She headed towards a big castle to get food, money and other things for her family. She was really poor and helpless. In the castle, something horrible happened to her: She was raped by some rich lord and could not do anything. She was completely helpless and powerless. Even though she had a man and children back home, she had to endure this horrible experience. I felt as if I was in her shoes, it was absolutely terrifying and I also felt this intense fear, panic, shame and powerlessness all at the same time. The negative emotions were utterly overwhelming.

Afterwards, the lady got pregnant and received the child. But it was clear to her and maybe others as well that it was not hers. It was incredibly shameful for the family and created an extreme pain and suffering for all involved but the child was not killed, it was raised despite all the circumstances.

Alchemization of trauma into the light

We stopped the scene and I imagined that I went onto the stage together with Jesus, facing the lady. I saw in her face how desperate she was but I kindly asked Jesus to send his healing energy. He projected a bright white light onto us and it filled up our bodies completely, then turning to a more purple regenerative light. The light burned out all the negative emotions and relased them into the cosmos. I observed the old rusty nail in my heart and it started to melt and to evaporate. In the space above us, the evaporized metal created some kind of complex structure which looked like a throne – very noble, elegant and beautiful. This object was hovering in between us three and started to rise up into the night sky, as if it is to stay there for everyone to observe as a symbol of transformation – turning the darkest traumas into beautiful opportunities. Some drops of the molten metal hit the ground where they turned into a root structure, but crystalline and illuminating. It was as if the whole family tree had changed right now – for the better!

With the healing energy I also saw a moving timeline, like in the movies, where multiple generations of people are displayed within the blink of an eye. I could not see any details but I knew these were all of my ancestors since this event who all, to some degree, carried around the traumatic experience and were unable to break free from it. Moreover, I held the young child in my arms and I saw how innocent and a “gift from God” it was. There was no shame or guilt in this moment, just unconditional love for it. I also saw myself in this child – I am definitely part of this bloodline and I felt a strange feeling of interconnectedness which permeated everything.

A divine infusion of unconditional love

Suddenly, I saw another energy hitting me: It was dark red/orange, like a very rare beautiful summer sunset. I immediately realized: This energy was pure unconditional love! It then rushed into my body and was filling it up from top to bottom. It was SO INTENSE, I started to breath irregularly, taking in big gasps of air, unable to control my body. It streamed through me and was so strong, I could barely handle it. But it was amazing and incredible, I am unable to put it into words! This was the greatest transformative experience that I have ever lived through. Something truly from out of this world!

The theater closed and I went back to my chair. I suddenly realized the other man observing this whole scene was one of my acenestors of my father’s bloodline! He probably wanted to see what will happen and if someone finally can clean up this mess, haha. For certain, he has a very important meaning to my father, even though I am not sure who exactly he is.

Wow! This was so intense. It really was a regression to a past life, even though I don’t know if I lived through this scene myself or it really is just an “energetic imprint” which was passed over between the generations. So many things occurred which my mind is unable to understand at this point. I am just living in a state of wondrous awe right now.
The shaman said I am really challenging to him and he almost had to break the session as it was so intense for him as well. But I am glad he summoned all of his strength to guide me through this incredibly transformative experience!

You don't need the Bible to connect to the spirit of Christ. It certainly is a helpful tool that contains a lot of wisdom, yet in the end you connect through your own heart center in order to reach the highest levels of consciousness.

The dark occult will dress up as both the left and the right. They don't care if their NWO comes under the flavor of being a right wing theocracy or some left wing communist dictatorship. This is why we can't fall for any of the political BS. Get off their chess board.🚫♟️

The key is to learn to feel deeply into your body. When you receive visions and downloads from the higher realms, you will feel an extraordinarily strong resonance all over your body. Dark entities cannot "fake" this resonance. Trust in your own intuitive discernment.