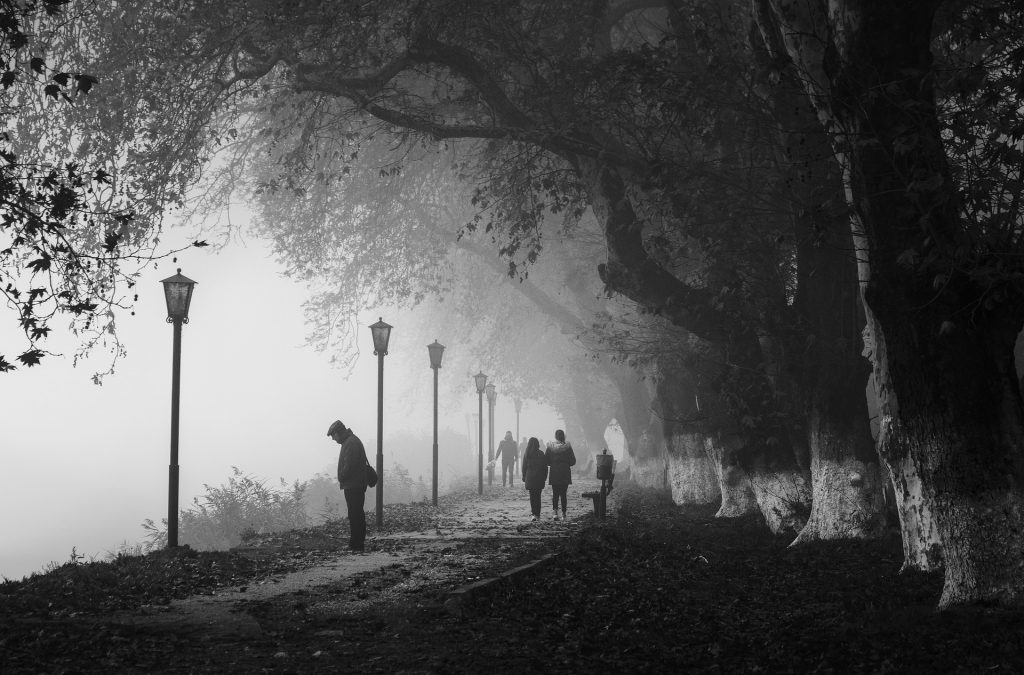 Yesterday, I felt good/energized and a bit euphoric (maybe even over-the-top secure and with a lack of humility) and this morning I got the absolute death knell into my heart again: I told the lady that I don’t need external approval and it is all about myself (overcoming my fears, traumas with self-acceptance and love). I told her about my breakdown.

She responded if I suspect that she has something with another guy here. I did not rule out this possibility but never thought this was actually the case, due to her behavior towards me. But then she admitted to me that she has actually been seeing another guy from around here and they have been together but in secret (for several reasons secretly, e.g. to avoid gossip, etc).

I was absolutely devastated. My heart collapsed and I almost lost my composure. I needed to go to my room and I collapsed on the floor again. The whole day, I could barely focus. I am confronted with my deepest fears right now. It is so intense, I don’t know what to do. I feel weak and defeated.

I mean, I always kept my distance even though she was attracted to me due to our age difference. But then she was put in my workplace and this very strange connection between us unfolded. It was a journey of extreme self-improvement for me but it does never seem to end. Once I think I achieved some progress, the universe punches me in the face again (the pain I felt in my body was extreme).
I mean, the lady gave me many positive indications all the time – I understand female body language quite well and I nowadays quickly realize if a woman has an interest in me. Notwithstanding, the energy I felt between me and the lady was so intense but not only in a sexual sense but also a deeper spiritual level – it was something which I have never experienced before!

I mean one time, I was giving her some advice on how to behave and dress not to be noticed so much and when I said, “you’re cute” I felt an energy burst in my heart and she obviously something too as she flinched and laughed. It is so damn strange everything. Then one day, she was riding with me on my motorbike, sitting behind me and when I accelerated, she wrapped both her hands around my body holding onto me very tightly. Suddenly, I felt this inexplicable feeling in my body like being enveloped by some warm protective energetic field which was electrifying me entire body. It was such a positive emotion which I had never experienced before and my mind did not understand what happened!

Even though so many strange inexplicable things have happened between us, I feel like she still is quite immature and not really open towards self-improvement, having a lot of unprocessed issues from her past which she refuses to face. This would explain her unconscious patterns, quasi “running on autopilot” without awareness. Maybe she still is so walled in that she did not even realize the things I noticed or just registered it subconsciously.

Oh well, maybe that is my lesson to learn. I need to let go of the need to “want external things to save me”. Maybe it all was just a setup on a soul level to really push me into letting go of the need to control and dependence on externals. It very well might be the hardest challenge that I ever have ever faced, overcoming my deepest fears, releasing all that does not serve anymore and thus enabling future growth.

My normal reaction would be to escape right now: Break up contact, avoid the person who hurt me, etc. But I have promised myself to keep fighting with courage against my deepest fears and to master this, regardless of how deep the abyss is I need to stare down.

Later that day, I was seeing this shaman psychologist again as I was feeling so desperate, like seldom before. He asked me to lock back into my past to a situation where I had this or a similar feeling, while doing a meditation exercise. I only saw one situation of my ex-girl friend breaking up but I was confused as I thought it was fine and I was over it. But suddenly an image appeared and I totally lost it: My ex-girlfriend was not only breaking up, she had been betraying me. When we were still together, she obviously was already seeing someone knew. After she broke up, I checked her Facebook but she did not upload any pictures (probably to protect me). But her best friend uploaded one of my ex-girlfriend with another man, kissing her on the check and it was all very happy and rainbows – just two weeks after she broke up.

This memory and trauma was buried so deep down, I did not even realize that it was there. I was totally unaware, a giant blind spot. It was so horrible for me because I loved her unconditionally when she already was looking for someone else. And the worst thing is that I did not see it coming. I was totally blind.

I started to feel an immense energy flow through me entire body and all my chakra areas were vibrating like crazy. The shaman proceeded to tell me to imagine white light flowing through all of my body and the energy flow became so intense that I almost could not take it anymore. I had the feeling my head and stomach area would bust open.. I then imagined violet light, calming down and cleansing everything. It felt so intense, incredible. It lasted for more than 10 minutes or so and my whole body was shaking.

So when the lady told me she is seeing someone on Monday, I was so devastated an ran away. She was also very irritated, confused and got really sick. She said she was afraid that I was running away, leaving this place here. Yesterday, I decided to talk to her and to tell her the truth, no games or tricks, just truth.

I told her that she acted as my mirror, to face my deepest fears and to get over them, especially some of my unconscious/suppressed fears that I did not even remember. Then I said that I feel a very strange connection between us, like a very deep bond which I cannot explain. Also, I said, that I feel bad because she was giving me so many positive signs it almost felt like I betrayed her current boyfriend (almost repeating what was done to me by my ex-girlfriend).

Now it comes: She was totally unaware that she behaved that way! She thought she was just being “nice” and “helpful” and she did not think that she behaved in any way sexually open to me whatsoever. Now my perspective changed completely and I started to see things in a different light: Her unconsciousness points to many deep unhealed wounds, traumas and fragmentation.

Later, when I had another meditative walk, I pondered the whole strange situation and what the meaning of it is. Suddenly, I felt an intense energy burst along with the thought that “if I can overcome my deepest traumas and fears, she can do as well”. I suddenly also saw a vision of her, like a photo, which was separated into two parts, like ripped apart. Then it came to me: She must have some really deep traumas which are still hidden. However, she is not ready to face yet apparently.

Oh well, strange times we live in and what happens to me is inexplicable. In any case, she has been helping me enormously to grow (she sees it the same way). I said that we should keep working together and that I need to keep facing my issues instead of running away regardless of how challenging it is.

It is unbelievably similar to my experience… Life is strange and full of mystery.

You don't need the Bible to connect to the spirit of Christ. It certainly is a helpful tool that contains a lot of wisdom, yet in the end you connect through your own heart center in order to reach the highest levels of consciousness.

The dark occult will dress up as both the left and the right. They don't care if their NWO comes under the flavor of being a right wing theocracy or some left wing communist dictatorship. This is why we can't fall for any of the political BS. Get off their chess board.🚫♟️

The key is to learn to feel deeply into your body. When you receive visions and downloads from the higher realms, you will feel an extraordinarily strong resonance all over your body. Dark entities cannot "fake" this resonance. Trust in your own intuitive discernment.